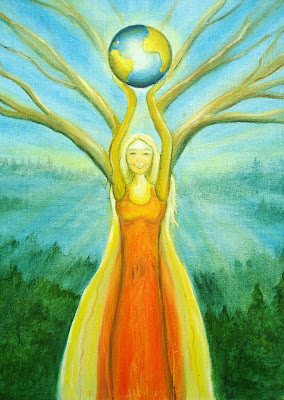 Imagine sitting in the lap of the Goddess.

“How might your life have been different, if, deep within,
you carried an image of the Great Mother?
And, when things seemed very, very bad,
you could imagine that you were sitting in the lap of the Goddess,
held tightly…
embraced, at last
And, that you could hear her saying to you,
“I love you…I love you and I need you to bring forth your self.”
~Judith Duerk,
Circle of Stones – Woman’s journey to herself
Upplagd av Anne Solveig kl. 09:27 2 kommentarer:

Spirit am I, a holy daughter of God/Godess
free of all limits, safe and healed and whole....
ACIM feminine

Imagine a woman who believes it is right and good she is a woman.
A woman who honors her experiences and tells her stories.
Who refuses to carry the sins of others within her body and life.

Imagine a woman who believes she is good.
A woman who trusts and respects herself.
Who listens to her needs and desires, and meets them with tenderness and grace.

Imagine a woman who authors her own life.
A woman who exerts, initiates, and moves on her own behalf.
Who refuses to surrender except to her truest self and to her wisest voice.

Imagine a woman who names her own gods.
A woman who imagines the divine in her image and likeness.
Who designs her own spirituality and allows it to inform her daily life.

Imagine a woman in love with her own body.
A woman who believes her body is enough, just as it is.
Who celebrates her body and its rhythms and cycles as an exquisite resource.

Imagine a woman who honors the face of the Goddess in her changing face.
A woman who celebrates the accumulation of her years and her wisdom.
Who refuses to use precious energy disguising the changes in her body and life.

Imagine a woman who values the women in her life.
A woman who sits in circles of women.
Who is reminded of the truth about herself when she forgets.

Imagine yourself as this woman. 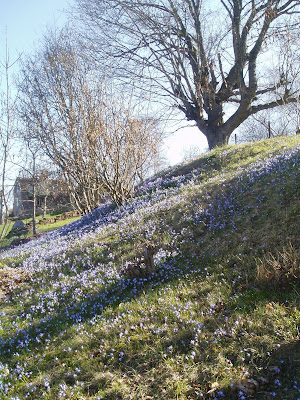 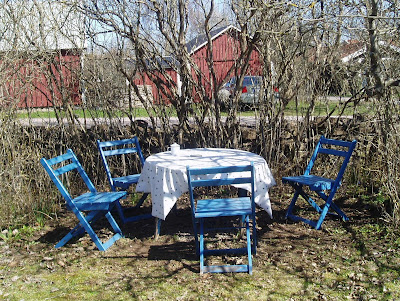 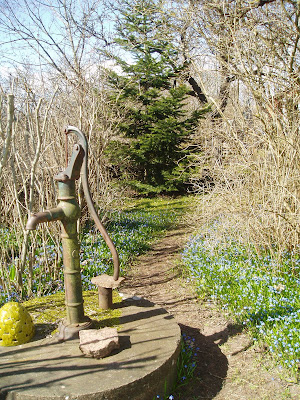 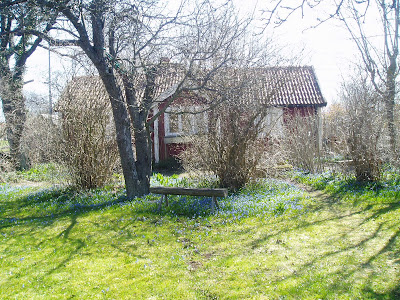 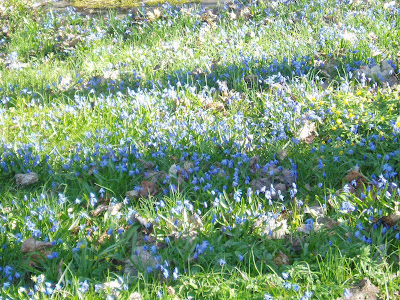 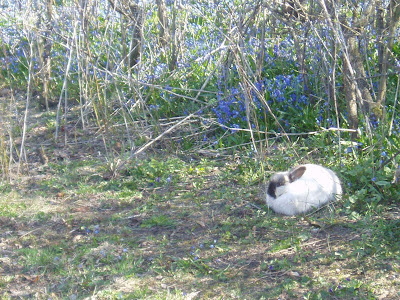 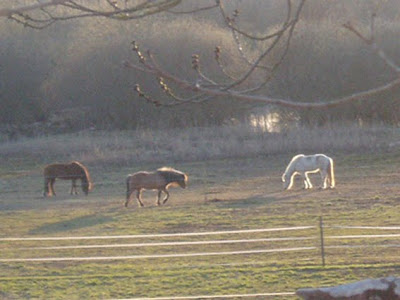 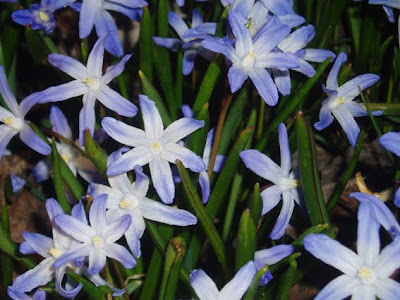 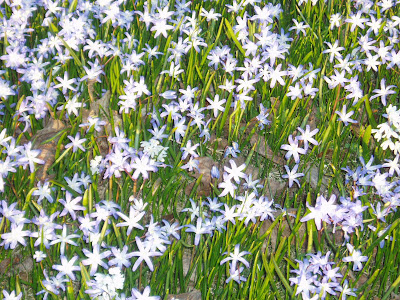 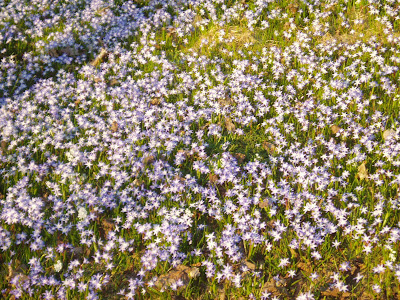 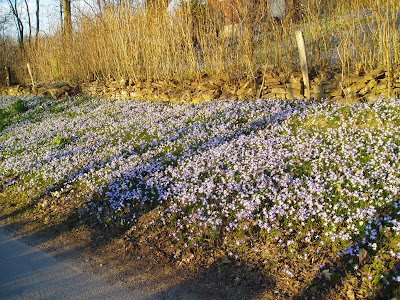 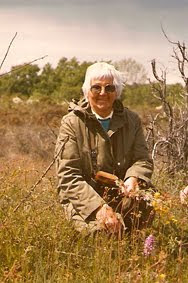 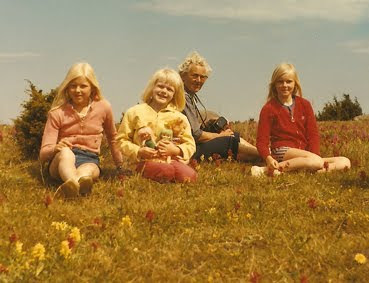 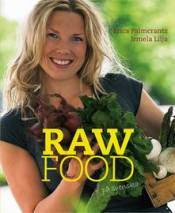 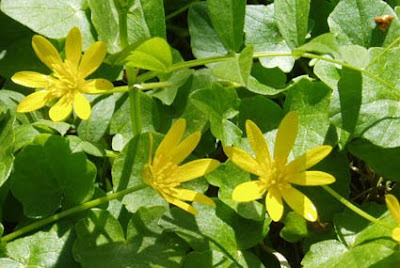 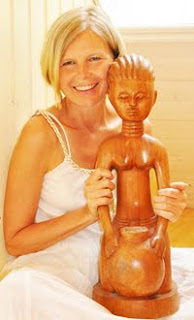 I will step back and let Her lead the way,
For I would walk along the road to Her.

There is a way of living in the world that is not here, although it seems to be. You do not change appearance, though you smile more frequently. Your forehead is serene; your eyes are quiet.....

All roads will lead to this one in the end.
Such is salvation's call, and nothing more. It asks that you accept the truth, and let it go before you, lighting up the path….

Walk safely now, yet carefully,
because this path is new to you. And you may find that you are tempted still to walk ahead of truth, and let illusions be your guide. Your holy sisters and brothers have been given you, to follow in your footsteps as you walk with certainty of purpose to the truth. It goes before you now that they may see something with which they can identify; something they understand to lead the way.

We walk to God/the Goddess.
Pause and reflect on this. Could any way be holier, or more deserving of your effort, of your love and of your full intent? What way could give you more than everything, or offer less and still content the holy Daughter of the Goddess? We walk to Her. The truth that walks before us now is one with Her, and leads us to where She has always been. What way but this could be a path that you would choose instead?

Your feet are safely set upon the road that leads the world to the Goddess. Look not to ways that seem to lead you elsewhere...

And now She asks but
that you think of Her a while each day, that She may speak to you and tell you of Her Love, reminding you how great Her trust; how limitless Her Love. In your Name and Her Own, which are the same, we practice gladly with this thought today:
I will step back and let Her lead the way, For I would walk along the road to Her. 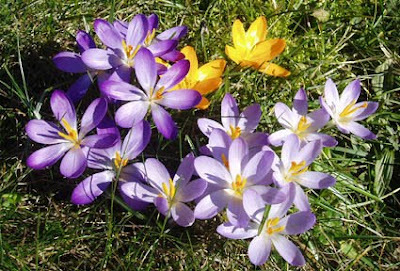 Find something you love to do and give to others.

There is a way to feel good! 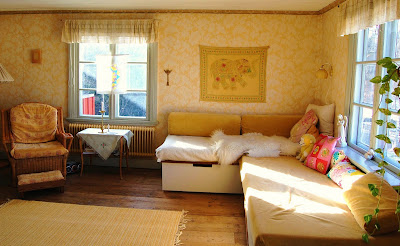 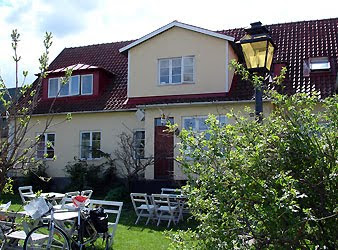 You are the Goddess
Please remember who you are. You are the great I AM. You are love and light and beauty and everything that is possible. Therefore there are no limits to what you can create. If you don't remember, get on it...

Dream your dreams, they will come truth
You are your own creator. Create the world you wish to live in. Your thoughts, your, wishes, your dreams, the goodness in you can bring forth and manifest, you are your own creator. You are God/Goddess .... create whatever you want to create, stop limiting yourselves, stop letting others limiting you, stop taking what others say to you as reality. This wisdom must come forth now; we have no time to wait. You were chosen to come... because you can remember, because you will remember, and then you change the world. You come from somewhere much larger than you think.

There are amazing things happening
right now on our planet that will solve many, many problems. Even for a moment, think of what we could do with this technology, placed in the hands of people who live from the heart. Think of what we can create.

When enough people are thinking and living and being in the same way.. we all zap in... 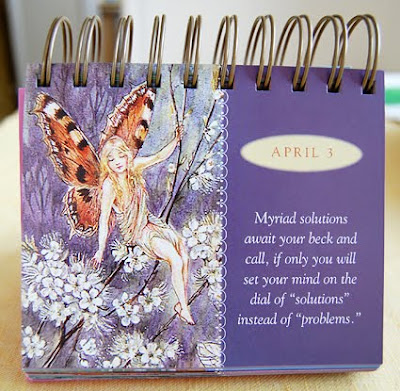 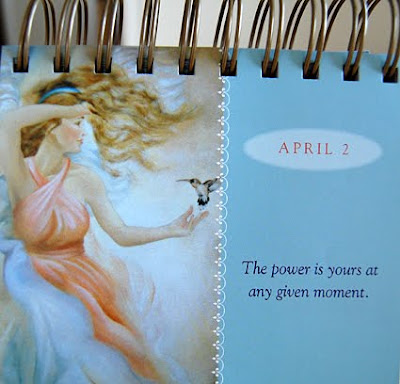 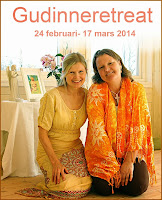 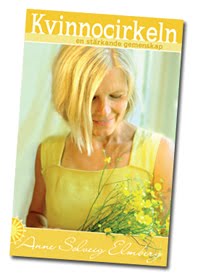 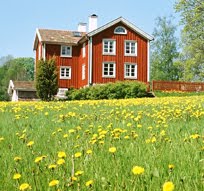